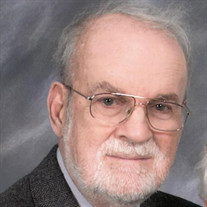 Stepanian, Carl, July 27, 2021 age 91 of Canton. Carl Stepanian is preceded in death by his wife Helen, infant son Richard, infant great-grandson Colton and sister Anna. He is survived by his six children: David (Donna), Susan (Dirk), Charles (Judy), Robert (Rena), Douglas (Sandy) and Philip (Barb); eleven grandchildren: Matthew (Shana), Melissa (Tom), Chad (Mariah), Cody, Travis, Tracey, Spencer, Nicholas (Rose), Sarah, John and Penelope; five great-grandchildren: Harley, Olivia, Carson, Brooklyn, and Skylar; and niece Bonnie Takasy, nephew Chuck Takasy and great-niece Clara Ann. Carl is a survivor of many life-defying illnesses, most notable Multiple Myeloma, however he ultimately passed away due to congestive heart failure. He had a quiet zest for life, was the yin to his wife’s yang and possessed a deep love for God and family. As a child of Armenian immigrants, he was able to achieve the American dream his parents wanted for him. Carl was an accountant 24 hours per day as evidenced by the pen and pencil always with him in his shirt pocket. As much as he wanted to improve his quality of life, he knew his body was failing and he was tired of fighting. He was ready to be in heaven with the Lord and his wife Helen. Visitation to be held on Saturday, July 31, 2021 between 1:30-4:00 p.m. Military service to be held at 4:00 p.m. at Vermeulen-Sajewski Funeral Home, 46401 Ann Arbor Road West, (between Sheldon & Beck) Plymouth, MI 48170. In lieu of flowers please donate to Alzheimer’s Association, Greater Michigan Chapter, 25200 Telegraph Road, Suite 100, Southfield, MI 48033-7443. To share a memory, please use the Share a Memory tab on this web page.

The family of Carl Stepanian created this Life Tributes page to make it easy to share your memories.