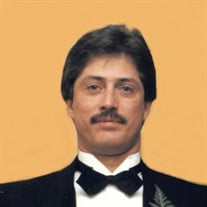 Not sure what to send?

Gawlas, Frederick W. “Fred” April 5, 2022 age 73 of Roseville. Loving father of Shelley (Kyle) Heath, and Frederick C. “Freddy” (Jamie) Gawlas. Dear companion of Irene Demko. Son of the late Frederick H and Patricia B Gawlas. Dear former husband of Sandra Nicholls and Kimberly Dick. Cherished brother of Priscilla (Jim) Cooley and the late Patricia Cavanaugh. Proud grandpa of Tayler, Alisa, Meghan, Allison and Lila. Dear uncle of Carrie (Kevin) Barnes, Kelly (Frank) Oldt, Karen (Jeff) Bradley, Tracy Cooley, Charles (Robin) Skora, and Ryan (Katie) Cooley, and great uncle of Vanessa, Josephine, Sofia, Amelia, Landon, Liliana, Joshua (Alex), Kyle, and Olivia, and great great uncle of Oliver. Fred was graduated from Allen Park High School in 1966. He served in the Army in South Korea at the DMZ line in hostile territory in 1968-1970. He was in the Motor Pool and was responsible for keeping the military vehicles in running condition. Fred was a proud U.S. Army Veteran who often told stories about his time in South Korea. He worked for Beech Electric for several years upon his discharge from the Army. He was gifted and his ability to fix, repair, build motors was amazing. He eventually began his own business with his first wife Sandy, S&F Products, which he ran until his retirement a few years ago. Fred enjoyed the outdoors! He got the appreciation and skills to hunt and fish from his dad. Together they hunted and fished a lot. He was very skilled at anything he set his mind to. He could build, fix, or repair/remodel just about anything from fencing, flooring, pools, decks, motors, kitchens baths, and home appliance repairs. He was always ready and willing to lend a helping hand. He also enjoyed family gatherings and celebrations! He enjoyed getting together and playing cards or games. He enjoyed playing racquetball, baseball, snowmobiling, and a little ice hockey. He liked riding horses, in fact he owned a few of them along with his love for dogs and cats! He will be dearly missed by many. Cremains to be interred at Great Lakes National Cemetery in Holly, Michigan. A Memorial Service will be held on Sunday, June 5th at Risen Christ Lutheran Church located at 46250 Ann Arbor Rd. W, Plymouth. Visitation begins at 4pm – Service will begin at 5pm. He will be buried in Great Lakes National Cemetery in Holly, MI on Tuesday, June 7th at 10:00am. Donations may be made to Alzheimer’s at www.act.alz.org or Wounded Warriors at www.support.woundedwarriorproject.org Risen Christ at www.risenchrist.info. To share a memory, please use the share a memory tab on this webpage.

The family of Frederick W. Gawlas created this Life Tributes page to make it easy to share your memories.