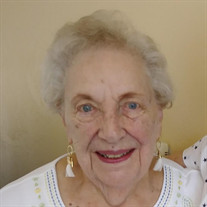 Ley, Gail of Plymouth, Michigan passed on to the Lord’s House on December 13, 2020 at age 90 after a brief illness and having spent comforting time with her family. Gail was born in Pittsburg, Pennsylvania to Joseph and Elizabeth Bleil. Gail was proud of her German and Swiss heritage and supported her lifelong principles of hard work and family focus. After marrying Gerald Ley in 1953, they relocated to the suburbs of Chicago and during those years, Gail and Jerry expanded the family with five children in six years. In 1971, they relocated to Plymouth Michigan to the house she lived in till her passing. During those years, Gail devoted her time to raising her children, encouraging their after-school activities, and supporting them in all their endeavors. As the kids grew up, Gail and Jerry enjoyed traveling, participating in a variety of social activities, visiting with the family, and enjoying Saturdays in Ann Arbor rooting for the University of Michigan Wolverines. Gail remained active supporting her children as they started having families. She played bridge in several card leagues and was the longest serving volunteer of 21 years, at St. Mary Mercy Hospital and known for her brilliant blue eyes and bright smile. Gail was the beloved wife of Gerald until his passing in 1998. Gail is survived by her five children: Gary (Debbie) Ley of Plymouth, Michigan, Cynthia (Stephen) Swech of Westford Massachusetts, Diana Clegg of Oceanside, California, Michael (Carol) Ley of Lake Orion, Michigan and Janet Ley of Livonia, Michigan. She has eight loving grandchildren: Jason Ley, Brian (Amber) Ley, Kelsey Ley, Rachel (Derrick) Schneider, Marissa Ley, Erica Ley, Lauren (Sione) Kuliha'apai, and John Clegg; and the proud great grandmother of Emma Ley and Aaron Bauer. Gail is also survived by all her siblings; Joan Slomer, Helen Geisler, Clement (Joy) Bleil and in laws Jane and Bill DuBois and Toni Ley. Gail was a cherished and giving aunt to twenty nine loving and appreciative nieces and nephews around the country. A private celebration of Gail’s life will be planned for later in the spring. Donations in Gail’s memory can be made to Angela Hospice, 14100 Newburgh Road, Livonia, Michigan 48154 or on line at https://angelahospice.org/donate/ To share a memory, please use the share a memory tab on this webpage.

Ley, Gail of Plymouth, Michigan passed on to the Lord&#8217;s House on December 13, 2020 at age 90 after a brief illness and having spent comforting time with her family. Gail was born in Pittsburg, Pennsylvania to Joseph and Elizabeth Bleil.... View Obituary & Service Information

The family of Gail Ley created this Life Tributes page to make it easy to share your memories.

Ley, Gail of Plymouth, Michigan passed on to the Lord’s House...

Send flowers to the Ley family.