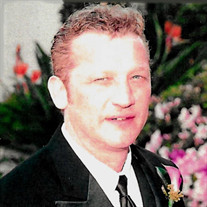 Hayes, Lonnie Eugene, November 8, 2021 age 63 of Garden City. Loving father of Tripp (Amanda) Hayes. Dear brother of Polly Buchannan, Mark (Kathy) Hayes, David (Holly) Hayes, and predeceased by William J. Hayes, Oma Hayes, Richard A. Hayes, Sheila Hayes, Pam Smith, Gary Hayes, Jeffery Hayes, and Randell Hayes. Beloved son of the late William and the late Annie Hayes. Also survived by many nieces and nephews. Lonnie was an exceptional father, uncle, brother, and friend to his family and the community he lived in. He was born and raised in Detroit with an avid love for the city and the sports that reside there such as the Detroit Tigers and Lions. The leadership he showed daily to those he worked with at UPS as the Teamster Steward was incalculable. His pride and happiness rubbed off onto all those who came into contact with him. The laughter, jokes, pride, love and smile of Lonnie will be forever remembered and in our hearts. Gathering of family and friends Sunday, November 21st 1-4 PM with a 3 PM Memorial Service at Vermeulen-Sajewski Funeral Home, 980 North Newburgh Road, (Between Ford & Cherry Hill) Westland, Michigan 48185. To share a memory, please use the share a memory tab on this webpage.

The family of Lonnie E. Hayes created this Life Tributes page to make it easy to share your memories.

Send flowers to the Hayes family.