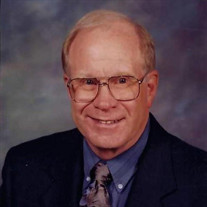 Reverend Theodore “Ted” DeWitt Taylor II, 85, of Plymouth, Michigan, passed away surrounded by family and friends in the afternoon of Tuesday, March 15, 2022. Ted was born in Sharon, Pennsylvania on February 11, 1937 as the eldest son of Theodore and Margaret Taylor, later becoming an older brother to David. Early in life, his family moved around Pennsylvania due to his father’s profession as a pastor. After graduating from Trinity High School in Washington, PA, Ted attended Westminster College in New Wilmington, PA. He graduated with a degree in history and political science, after which he continued his education at Pittsburgh Theological Seminary. Following in his father’s footsteps, Ted was ordained as a pastor in the Presbyterian Church in 1962 in Washington, PA. After his ordination, he served as Pastor for the Third United Presbyterian Church in Washington, PA from 1962-67. He then served as Assistant Pastor for the First Presbyterian Church in Landsdowne, PA from 1967-69. The final position he served in Pennsylvania was as the Minister of Education for First Baptist, Christ Episcopal, and First Presbyterian Churches of Pottstown, PA from 1970-73. Ted was received by the Presbytery of Detroit in 1973 following his move to Plymouth, MI in order to become Associate Pastor for the First Prebyterian Church of Plymouth, where he served until 1979. He then served as the New Church Developer for the Presbytery of Detroit for a year before he was Interim Pastor for Lincoln Park Prebyterian Church (1980-81) and Trinity Church of the Brethren in Redford, MI (1981-82). From 1982-85, Ted was the General Assembly Mission Funding Counselor for three Presbyteries in Michigan. Following this, he was Interim Pastor for the First Presbyterian Church of Brighton from 1985-86. He served as the Stated Supply Pastor for Grandale Prebyterian Church of the Master in Detroit, MI from 1986-88 before working again as an Interim Pastor for the Community Presbyterian Church in Waterford, MI from 1988-1989. In 1989, Ted accepted the call as Pastor for the Trinity Church of the Brethren in Redford, MI where he had previously served as Interim Pastor from 1981-82. He served their congregation until his honorable retirement in 2002 after a lifetime of serving the Lord and the people as a pastor. Following his retirement, he attended the First Presbyterian Church of Plymouth and Living Peace Church (formerly Trinity Church of the Brethren). In 1996, Ted married Sharon Groff Wenger and the pair adopted Kelsey from China in 2000. After 40 years as a bachelor, he was happiest spending time (especially sailing) with his wife, daughter, family and friends. He was deeply loved and will be greatly missed. Throughout his life, Ted enjoyed sailing, skiing, golfing, traveling, reading, politics, and watching old black and white films. He also was a lifelong loyal fan of the Nittany Lions (Penn State sports). At various points in his life, Ted was a member of the Boy Scouts, Alpha Sigma Phi Fraternity, Kiwanis Club of Plymouth and the Sandusky Sailing Club. Ted also helped establish the Redford, MI Interfaith Food Pantry. He cared very much about donating his time and money to humanitarian causes such as the UN Refugee Agency, UNICEF, Doctors Without Borders, Southern Poverty Law Center, Amnesty International, Oglala Lakota College, CARE, American Civil Liberties Union, Gleaners Food Bank, Habitat for Humanity, and American Cancer Society. Ted is preceded in death by his younger brother, David Taylor, in 2021; father Theodore DeWitt Taylor in 1987; and mother Margaret “Peg” Taylor (née Stewart) in 2001. Ted is survived by his wife, Sharon Taylor (née Groff); daughter Kelsey Taylor; sister-in-law Abigail Taylor (née Obst); niece Andrea Ballard (née Taylor) and her husband Jeff Ballard; niece Julianne Evans-Carroll (née Taylor); great niece Alexandra Evans; and great-great nephew Matthew “Matty” Carl Jr. The Memorial Service will be held on Saturday, April 9, 2022, at 1:00 PM at First Presbyterian Church of Plymouth, 701 Church St., Plymouth, MI 48170. The family will gather at the church beginning at 12:00 PM to greet friends until the service begins. The memorial service will be live streamed via Facebook/YouTube beginning approximately 15 minutes before the start of the service. Here is the link for the livestream of Ted’s service: https://www.youtube.com/c/FirstPresbyterianChurchofPlymouth A memorial plaque will be installed in the First Presbyterian Church of Plymouth’s memorial garden. In lieu of flowers, donations in Ted’s memory may be made to the US for UN Refugee Agency (UNHCR), 1310 L Street NW, Suite 450, Washington DC 20005-4383; www.UNrefugees.org; 1-855-808-6427 or Doctors Without Borders, 40 Rector St., 16th floor, New York, New York 10006; www.doctorswithoutborders.org; 1-888-392-0392. Special thanks to the congregation of Living Peace Church, First Presbyterian Church of Plymouth, St. Joseph Mercy Hospital, and the Vermeulen-Sajewski Funeral Home. To share a memory, please use the Share a Memory tab on this web page.

Reverend Theodore &#8220;Ted&#8221; DeWitt Taylor II, 85, of Plymouth, Michigan, passed away surrounded by family and friends in the afternoon of Tuesday, March 15, 2022. Ted was born in Sharon, Pennsylvania on February 11, 1937 as the eldest... View Obituary & Service Information

The family of Theodore D. Taylor II created this Life Tributes page to make it easy to share your memories.