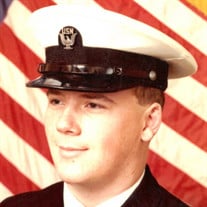 Wallace “Wally” Reynolds was born on January 13, 1958 to Wallace Wilson Reynolds and Marilyn Kay Murphy (deceased) in Flint Michigan. He was the oldest of 3, leaving to mourn him: Tina Brymer and Crystal (Jim) Luellen. Wally didn’t have any brothers but leaves to mourn him a special cousin: Tom (Torrey) Whiting who was closer than a brother. They enjoyed fishing as boys and hunting as men. Wally grew up in Garden City Michigan where he attended grade school, middle school and eventually left high school early to join the U.S. Navy at 17 years old. During the service with U.S. Navy, Wally earned his high school diploma. Marilyn would marry Jack Gregory in 1981 and he became the best step-dad anyone could ask for! Wally would start a family in the 80’s with Michelle Barry. Together they had 3 children: Samantha (Lynwood) Neal, Wallace William Reynolds Jr and Christina Reynolds. After he was Honorably Discharged from the Navy, he started his truck driving career. He really enjoyed his time on the road. During the mid 90’s he gave his life Jesus Christ, his Savior. He moved to Romulus and raised his 3 children. He would also take to being “dad” to so many including (but not limited to) Jennifer Reulas, Delia Murphy and Ruby Markham. Wally met and fell in love with his wife Lillian Pickens in 2011. They would be married in 2013. He enjoyed his life with her very thoroughly! They would have a fantastic time going to Christian concerts and traveling to Northern Michigan and Louisiana to visit their children. He was blessed to gain more children with his marriage: Marjorie (Daniel) Cochrane and Wendel (Nova) Obcena. Wally was the best Papa in the world. He took pride in his 12 grandchildren: Lynwood Neal IV, BriaMolynne Neal, Aubrey Neal, Dailyn Neal, Carina Barry, Caelum Barry, Ashley Cochrane, Sarah Cochrane, Tyler Cochrane, Chloe Obcena, Chrisler Obcena and Chelsea Obcena. He will also be missed terribly by his fur babies Ruthie, Gracie and Thor. Wally and Lilly met and became members of Connection Church, where they were also married. If you know him you know he loved the Lord with all his heart. All you had to do was call and get his voicemail one time to know that! His love for Christ would shine thru him to strangers, people he worked with, in fact to anyone! Visitation Saturday, December 11, 2021 from 1 PM until the 4 PM Funeral Service at Vermeulen-Sajewski Funeral Home, 980 N. Newburgh Road (between Ford Road and Cherry Hill) Westland. To share a memory, please use the Share a Memory tab on this web page.

Wallace &#8220;Wally&#8221; Reynolds was born on January 13, 1958 to Wallace Wilson Reynolds and Marilyn Kay Murphy (deceased) in Flint Michigan. He was the oldest of 3, leaving to mourn him: Tina Brymer and Crystal (Jim) Luellen. Wally didn&#8217;t... View Obituary & Service Information

The family of Wallace William Reynolds created this Life Tributes page to make it easy to share your memories.

Send flowers to the Reynolds family.