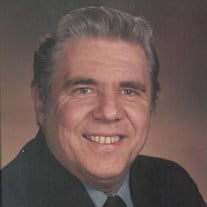 Pincheck, Wesley Charles, October 27, 2020 age 82 of Westland. Beloved husband of Barbara. Loving father of Dean (Danielle) Pincheck, Dan (Cathy) Pincheck and Dawn (Mike) Nowak. Proud grandfather of Blake, Trevor, Chandler, Shannon, Brendan, Megan and Jaide. Dear brother of Carl (Margaret) Pincheck. Wes’s greatest love and pride was his wife of 55 years, his 3 children and his grandchildren. He cherished every moment he had with them and always had a smile and a joke to share. He had an adoration of the Disney character Goofy, which was so sweet. Card games and frequenting restaurants with others that most often included his brother and cousin were cherished events. His hobbies included collecting matchbox cars, putting together jigsaw puzzles and crossword puzzles. He was a wiz at scrabble and will most definitely be playing a game with his mom in heaven. He was a proud honorably discharged Marine, retired Detroit Fireman, lifetime Alhambra member, and Dads club member at many schools. During and after his kids went to school, he showed his commitment to family and community by working at school festivals, casino nights, sporting events, bingo, pancake breakfasts, fish fry dinners and so much more. His love of the casinos, and even more so, traveling with his longtime friends was priceless. He was known for tracking those trips on his calendar and communicated them to his travel pals in silly ways right down to the minute of the trip. His “Goofy” laugh, smile, and companionship will be missed by so many. Visitation Thursday October 29th 3-8 PM at Vermeulen-Sajewski Funeral Home, 980 N. Newburgh Road (between Ford Road and Cherry Hill) Westland. In state Friday October 30th 10:30 AM until the 11 AM Funeral Mass at SS. Peter & Paul Catholic Church, 7685 Grandville, Detroit. Memorial contributions may be made to American Heart Association, 3816 Paysphere Cir, Chicago, IL 60674. To share a memory, please use the Share a Memory tab on this web page.

The family of Wesley Charles Pincheck created this Life Tributes page to make it easy to share your memories.

Send flowers to the Pincheck family.